How The Power of 3 Increases Sales

A recent conversation with one of our members revealed a powerful reason behind the doubling of his book of business in a single year.  Interested?

Randy has discovered the power of three.

There is a large body of scientific evidence that proves that human beings like choices. In fact, it has been conclusively demonstrated that males are adept at choosing provided that they are given no more than three choices. Females, who my wife assures me are smarter, can handle five or more!

What’s particularly interesting is that when given three choices people tend to pick the middle choice about 80% of the time. This is incredibly important.

The average agent (who is an endangered species now that Google and Walmart are stealing their business) sells price. In their presentation they don’t give a lot of choices. They give one – “this is the cheapest price”. And when you have the cheapest price, and the consumer has one option, that is what they will pick. 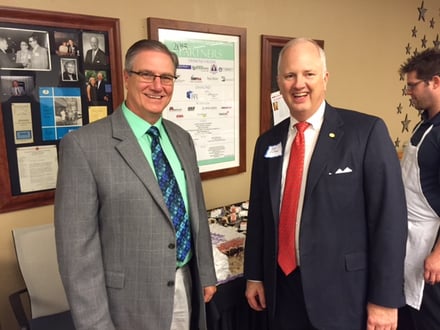 BUT, my colleague Randy gives 3 choices. Like Sears he offers Good, Better AND Best. See, he quotes more coverage sometimes, adds umbrellas or other options that fit the customer.

He explains why the second and third options are better, cost more but give greater value. His customers, just like those in the research studies, pick the middle option most of the time!

And, it’s About Higher Sales and Retention

Randy’s retention is far better than average because he is an advisor not a commodity seller. His customer’s have better coverage. And they spend more. Randy’s average sale is higher and his commission per account is higher. He doesn’t have to work as hard to make a dollar. So, his efforts in a typical day produce more dollars.

This is one of the reasons he is growing so rapidly!

Oh, and by the way, I GUARANTEE YOU that his loss ratios will be lower than average and his profit sharing checks will be higher than average.  When the nut cutting comes and carriers fire agents – he won’t be one who loses his contracts.

What We Can All Learn from T. Boone Pickens

In 2019, we lost an incredible entrepreneur in America, and one of my personal heroes, T. Boone...

Early in my sales career, I had the opportunity to go to New York City for some sales training with...