It’s interesting to me to see that some insurance agents are phenomenally successful in sales while others with similar skills, personality, training, and even drive aren’t. There are lots of ways to become successful as an insurance industry salesperson – and really there are no secrets – but there are things that are practiced so rarely that they seem to be. 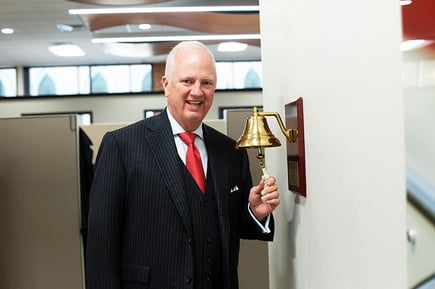 So what are the factors that increase sales that fuel growth? Consider this article part of your continuing education!

Many years ago, I started a business during graduate school. I had borrowed money to start it, and it was my only means of supporting myself. So, of course, I was desperate to attract customers and earn income. Sound familiar?

How do you make the sales magic happen?

My entrepreneurial coach, Dan Sullivan of the Strategic Coach program, says you must sell yourself before you start to sell something. This skill, he says, is the mark of a really successful high achiever. After all, if you don’t believe in yourself and your ability to sell, who is going to be confident about what you are selling?

Dan’s definition of seling is, “Getting people intellectually engaged in a future result that is good for them and getting them to emotionally commit to take action to achieve that result” The “good for them” part is really vital: You have to make the customer believe that you are looking out for their best interests.

The downside is that a seller is someone who can get rejected. A buyer is the one who does the rejecting. A buyer knows exactly what and who they’re looking for. You want to be in a position of being the one choosing whether an opportunity or relationship fits. You want to be the one who sets the standards!

Getting back to my own story: I took every job I could get. And I undercut the prices of most of the competition. Pretty soon I was very busy and working very hard. I became a pretty effective price seller.

I also was losing my shirt working for people that weren’t paying me enough for the work I was doing to justify doing it.

To avoid getting in this position of financial loss in the insurance agency business, I learned a couple of really important lessons early on from a master sales coach. He taught me that the best day to lose a sale was “today!”

Why is learning when to lose a sale important to becoming a successful sales person?

The time you spend with people who only want to buy cheap things from you, like a monoline life or health insurance policy, takes time away from talking to people who will buy lots of better priced things from you, such as a package insurance policy. I learned that it works better, in terms of building a large book of business at an insurance agency, to get rid of marginal prospects as fast as possible. They prevent rather than enable success.

Dan puts it this way, “You aren’t trying to qualify prospects, you are trying to disqualify them.”  The faster you get rid of people who are low margin, low close ratio, low retention prospects and customers the faster you will grow.

This might seem like it doesn’t make much sense, but one of the things I notice in many marginally successful sales people is that they try to avoid the prospect’s objections.

I think this is a key reason for their lack of success.

The flip side of avoidance is to look for them.

A question like, “Is there any reason you wouldn’t like to do this?” is actually critically important in the sales process because it allows the prospect to verbalize their objections.

When that happens you have something you can work with. In fact, when a prospect doesn’t have any objections, as I learned long ago, they aren’t buying. So, rather than focusing on closing techniques, I suggest that anyone wishing to improve their sales results focus on improving their ability to bring objections to the surface.

For example, let’s say that a prospective customer has been with their current agency for twenty years. You know, or should know, that they feel a lot of loyalty because of the length of the relationship. Why not ask, “May I assume that, as attractive as my proposal is, I’ll bet you’re feeling some real concern over terminating a long term relationship with your current agent?”  Of course they are! Now that that’s on the table you can and must deal with it.

When prospects say, “I object!” they are doing you a favor. When they don’t, you must dig for those objections, bring them to the surface, and help the prospect walk through them on the way to the sale.

Years ago I used to fish a lot with my best friend. He was a natural fisherman, I thought. He always seemed to know where the fish were and how to catch them. He always used the right lure and technique.  He went on the best weather days for success. He had a great boat set up for catching fish.

No matter how hard I tried I could never keep up with his success.

I bought the same boat.  I got and took his advice on rods, reels, lures and other equipment.  We fished together a lot and I watched his techniques and matched his lures. I learned a great deal from him about catching fish. I became a decent fisherman but no matter what I did I could not match his success! 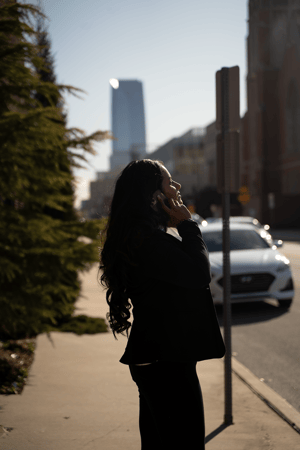 Recently, I was spending time with one of our sales people. He commented, after a few calls, that I always seemed to know just the right thing to say, or the best way to say it. He noticed that I could “play off of” just about anything the prospect said to bring home a point about our business.  He said that he tries to do these things but it requires effort, whereas he noticed that with me it seems effortless.

This conversation made me think of my best friend and why he was so much better at fishing than I was. I looked deeper into why he was so good in comparison to me. I knew he might just have a natural talent but I didn’t think that was the whole story.

I began to notice that he would call me at the office to tell me a fishing story. He’d been to a pond that day.  Or he’d fished a different lake on a weekend. He seemed to always be fishing!

Then it struck me! He was better than I was because he was more intensely focused on fishing than I was. He wasn’t just an imitator of someone else’s techniques–he was an experimenter with his own and a learner from simply putting a lot of time and effort in.

I think that’s the difference between my new salesman and me. I’ve spent my life selling things.  I’ve tried thousands of things and watched what happened. And I’ve learned as a result how to catch sales. It’s easy!

But I remember something else from those conversations with my friend. Often he had been fishing and caught nothing at all!  Even though he’d been unsuccessful he always had a theory on why that had happened and he learned from it.

Sales success is the same I think.

The more we are selling the more we sell.  As my fisherman friend says “you don’t catch any fish when your lure isn’t in the water!”

Is Sales What You Are Best At?

Another important factor contributing to sales and growth is having the right person in the right role. You might want to do everything yourself, but is that wise?

When you made the decision of a career in insurance sales and were a captive agent, you didn’t have to make these types of decisions.

But, if you are like most people who made the career choice to become an independent agent, you wear a lot of hats. Some of those hats you enjoy wearing – and chances are you’re good at doing what those hats require.

Unfortunately, it’s more than likely there are tasks you’re doing every day that you don’t do well, or they could be done by someone who makes less money.

In the insurance agency business, there are lots of options for owners in terms of how they can spend their time. But the one that is CLEARLY most important is making the cash register ring.

Think about it. How did you come to start an insurance agency? Was it because you were better at customer service than most? Probably not. More than likely you are your agency’s best sales person.

To grow rapidly and reach your full earnings potential, you need to have a lot of sales. If you’re the best insurance sales agent in your company, isn’t that what you should be doing?

Perhaps you aren’t a good sales person but are a gifted sales manager. Great! Go hire sales people and manage them.

The point is this – decide what you are best at and focus on that.

Hire people to do everything else. By the way, the word “decide” is from a latin word which means “kill the options”. You need to kill all the options of ways to waste your time being unproductive and focus on your skill. More than likely its selling.

If you want to grow you need to know. What is it you do best? Do that. Leave the rest.

I think I must be the last guy to join the social media revolution!  I’ve resisted Facebook for...

If you’re paying attention, at all, to what’s going on in the world, you’re hearing and reading...