The Future of Insurance Agency Commissions

If you’ve been reading my blog for a while you know that I am absolutely convinced that the insurance agency business is beginning a seismic shift of lasting proportions in terms of how carriers deal with agents, how agents are paid, who competes with agents and how agents must do business in the future to survive and thrive. You may choose to think I’m Chicken Little! But that would be a mistake. The very clear evidence is everywhere.

One of the things that’s already happening is the way agents get paid.

For example, some years ago, Travelers personal auto business had shrunk to unacceptable levels. They had to do something to become more competitive. So they introduced a new product that featured, among other things, dramatically lower agent commissions. It was an immediate success. Their competitors duly noted this development.

So what’s going on and what are the alternatives?

Should Agents Disclose Their Commission? 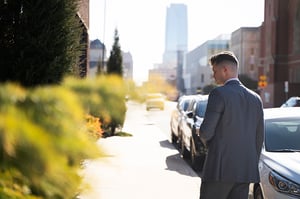 Do you remember when former New York Attorney General Eliot Spitzer’s crusade to require insurance carriers to disclose agent’s compensation? The entire insurance industry was in an uproar because it was afraid of commission disclosure. There was also a lot of fear that traditional insurance company profit-sharing arrangements would become illegal.

Some carriers (like Travelers) reacted to this by changing their bonus compensation plans.  Others began to disclose agent commission.

Of course, things soon returned to business-as-usual. I’m not sure it should have.

The idea that disclosing commissions is somehow harmful to agents is preposterous. Here’s why:

Agents fear that if consumers know how much they get paid they would demand more or better service. What’s wrong with that? Disclosure would, in my view, be much better for good agents as the mediocre sales agents would find their business fleeing to quality even faster than it does anyway.

My problem with commissions is one I’ve had my entire career. Why should an insurance company determine what I make for servicing my customers?

That’s anti-competitive and makes little sense to me in a free market economy. If I want to charge less and still offer the basic services a carrier requires why can’t I? Currently, the only way to do that is rebating, which is illegal. If I want to provide a much higher level of service to people who are willing to pay for it, why can’t I do that? Currently, it’s illegal virtually everywhere to charge a fee in addition to receiving a commission.

In the coming years, as insurance companies continue to reduce agents’ commission percentages, this issue needs to be addressed.

If carriers reduce auto commissions from 15% to 8% does the agent’s cost of business go down by 50%?  Of course not! What can we do about it – make it up with volume? Of course not! Provide less service? I don’t think consumers will tolerate that.

Why shouldn’t we be able to charge what we want, and what the market is willing to bear, for our services?  Let the people who want bare minimum service save money and those that want bespoke service pay what it costs.

Much of the insurance we sell is a commodity. But insurance agents are not. Let the carriers commoditize their pricing to compete if they must. But let agents differentiate themselves and price their services accordingly.

What Can Agents Do About It?

So, we know insurance companies can predict losses due to increased computing capability. They are also increasingly insatiable in terms of growth. They are going to marry this with commission cuts and offer cheaper prices for agents who accept less commission. The capability to sell policies for a fixed, low fee exists. It’s just a matter of time.

Carriers are also relentlessly focused on cost reduction. This allows them to make money on higher loss ratios than before. Based on current profit-sharing arrangements, this means agents will have a harder time making this important source of income in the future.

And, competition in the policy selling business is increasing from non-traditional sources. These are all web and/or call center based with no brick and mortar, at least theoretically, a lower cost basis.

If they can sell for less this will eventually force agents to take less compensation to compete. This is Econ 101.

The upshot is that agents are going to get paid less in the future on balance. But there are some things you can do to ameliorate this:

Structure Commissions to Keep Agents Producing Rather Than Just Servicing

In our role as a developer of growing agencies, we see just about every version of a producer pay plan you can imagine. Some of the plans are quite clever, some are tried-and-true and some are disastrous.

But what is interesting is that almost all of the time the owner hasn’t really thought through what behaviors the plan encourages and which ones it discourages.

Decide what you want to accomplish and reward that. Don’t reward what you don’t want. Is it really that simple? Sometimes it is.

Let’s say you have a personal lines agency and want to grow new business. If you have a 50% new and renewal commission will that work? No.

It won’t work over time because you’re rewarding non-selling behavior (renewal) just as much as selling insurance to new customers. Eventually, the “producer” will become a “servicer” (not to mention that 50% is WAY too much money to pay for PL production – but that’s another post).

Have you ever had a producer get to the point that his/her renewal income meets his/her income needs?  I have. What do you think happens then? Of course, they quit producing. When a producer costs more than a servicer does that make sense?  Of course not!

So, what should you do when your compensation plan doesn’t honor your business objectives?

If you’re a business person you change your plan. If you don’t, you simply won’t be as successful. Yes, it’s not easy. Yes, producers won’t like it. But let me ask you something – would you rather suffer pain for years or simply get it over with and move on?

What is your plan and desire for your agency?  Think about that and rethink how you pay.

What is an insurance agency? Well, among other things it is a retailer of products.

The way this works is that a retailer purchases products from a wholesale source, adds a markup, and sells to the end consumer. 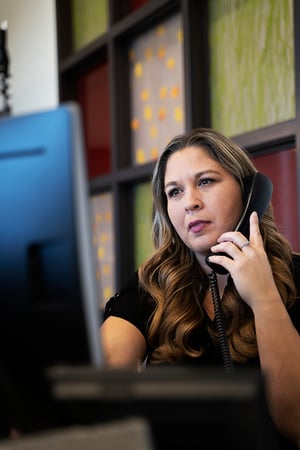 This activity, in a free market, is not regulated by anyone except the consumer; a retailer is free to charge as much for the products they sell as they can get. This means that the retailer’s margins are dependent on their skill and the competitive operating environment.

In the insurance agency business, agencies do the same thing as other retailers. But legally, they’re required to sell at a price set by others and accept a margin, which is controlled by their supplier and state law. This operates exactly opposite of every other business – federal law requires that suppliers not dictate retail pricing.

This price-fixing is historical, but it is also anti-competitive. When a retailer is paid the same margin like any other retailer, there is little incentive for them to provide exemplary value or customer service. This is why one agency is pretty much the same as another (at least in terms of value to the customer).

What would happen if agents charged a fee for their service instead of receiving a commission (fixed margin)? I believe mediocrity would disappear!

And, I think the threat of something like the commoditization of personal auto insurance would disappear too.  Think about it. If you were free to mark up the auto policy you sell and you provided superior service, you could mark up the policy more than your competitor. You would prosper.

Or, if you chose to mark up the policy less than your competitor, but offer less service, you also could prosper.

Consumers would also have a choice. And the choice would be obvious because agencies would have to market their position and educate their buyer. Buyers would become more sophisticated and knowledgeable. They would be free to choose a no-frills agent or a high service agent.

This exact strategy has worked in practically all other businesses: Food retailers, stock brokerages, travel agencies, department stores, etc. Try to name an industry besides ours where it hasn’t.

I think one of the most effective strategies for selling a commodity is to deregulate its pricing. Commissions need to go!