“You Just Got to Want It More Than Other People” - Russell Westbrook, Thunder Point Guard

If you are a fan of NBA basketball, you know who Russell Westbrook is.  If you’re not, let me introduce him.  He is not just an incredible athlete, but someone who is focused single mindedly on playing his absolute best every minute he is on the court.  Russell’s comment quoted in the headline came after an incredible 57-point scoring night in which he single handedly created a victory for his team in the second half of a game where they were down by 21 points at half time. 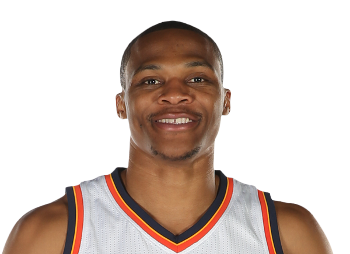 Russell Westbrook is the epitome of a competitor.

In the business of building a company, whether an insurance agency or any other kind, we are competing with many others for the dollars of prospective customers.  As business owners and sales people, we are competing every day in a zero sum, win or lose, game that determines the future for our business, our careers, and our families.  How many of us play with the single minded focus of a Russell Westbrook?

I believe that there are some valuable lessons for us to learn from Russell.  The first is continuous progress and improvement.  As I’ve watched Russell’s career develop over the last nine years, he’s gone from a wild, almost out of control, inconsistent performer with tremendous ability, but not much to show for it, to superstar.  That’s happened as he has gradually worked on his focus, his team work, and his fundamental skills.  As business owners and sales people, do we do that every day?  It is a key to success for every star player.

Russell seizes opportunity and takes risks.  This year his long time team mate and team leader departed.  His team was widely considered washed up, but the absence of the other super star gave Westbrook an opportunity to develop greatness if he stepped up and took the risks.  He did, and the result has been one of the best seasonal performances in history.  As business people, we are faced with new challenges and opportunities frequently.  Do we conquer our fears, as Russell has, and take on the challenge and risk or settle for the status quo?

As he has improved his performance, Westbrook has also worked to improve the performance of his teammates.  He has made them better, and in so doing, they have contributed increasingly to his success.  Most of us aren’t in business alone.  We have team mates, too.  What are we doing to improve their games?  This is an incredibly powerful key to continued and increasing business success just as it is in basketball.

Finally, Russell Westbrook simply wants to win and does everything he can, without any excuses, to make that happen.  What about you?

A Great Agency Owner is a Terrible Thing to Waste!

Many years ago, the United Negro College Fund (I told you it was many years ago!) had a series of...