Why Agencies Slow Down – Part Four 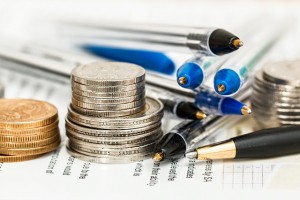 Posted on November 23, 2015 by Roger Sitkins in Growth

“What makes so many independent insurance agencies slow down?” Based on my years of experience and observation, I’ve come up with the primary factors that cause agency growth to slow to a crawl.

Lack of Capacity to Grow

Often, agencies will blame their lack of growth on what they don’t have, such as too few producers or ineffective marketing. The reality is there hasn’t been sufficient reinvestment in the agency. They don’t have the capacity to grow because no one has invested in the resources needed to grow.

Spending Money on the Wrong Things

Agencies that invest vast sums on “stuff” they don’t use are wasting their money. As obvious as it sounds, we see this many times in agency automation. The agency will invest in the latest and greatest automated system, but then never get around to learning how to maximize it. That’s like joining a gym and then never going to work out! Spending money on something you don’t use sure is wasteful.

I get tremendous satisfaction when people have said to me how much they love my Rough Notes articles. Invariably, they also say they will implement its principles “when they get a chance.” The problem is, there’s really no discipline to work ON the business vs. IN the business.

One of my most successful clients was also one of the most disciplined. He committed to spend every Wednesday working from his home office primarily on strategies, not tactics. He made sure he dug into his numbers and analyzed what was working and what wasn’t. As he often told me, that one day a week he spent away from the office had the greatest positive impact on his business. Obviously, he understood the power of discipline.

As I’ve noted many times, 90% of what you do out of the office is better than 90% of what you do in the office. From a management perspective, I don’t know many people who have had a significant professional breakthrough while sitting at their desk dealing with hysterical activity!

When agencies lose their energy or their commitment to growth, it’s usually because they’re not disciplined to work on their business. Many will use the excuse that they’re simply too busy to get better. However, if you spend just one day out of every quarter, that’s only 1/90th of your time! One of our best agencies just had its 44th consecutive quarterly Sales Retreat, that’s 11 years — now that’s discipline!

Agencies tend to stagnate and then slow down without understanding why. Well, it’s really pretty simple. They’re not reacting to the things that are slowing them down! For instance, if you have increased competition, what are you going to do about it? Are you going to just walk away from it and not try to compete? Or if you want to compete, how will you do it differently?

If you’re not reenergizing your producers and staff, bringing in new people and new technology, you’re not going to grow. You’re going to keep slowing down. It’s your choice.