What About Insurance Companies?

In 1938 the world was plunged into a war from which many countries did not survive.  Virtually all were changed forever.  In May 1940 the French stood confidently behind the Maginot Line knowing that, while many would die, their country could not be overrun.  By June of that year their illusions were gone, France was defeated and a vassal state of Nazi Germany. 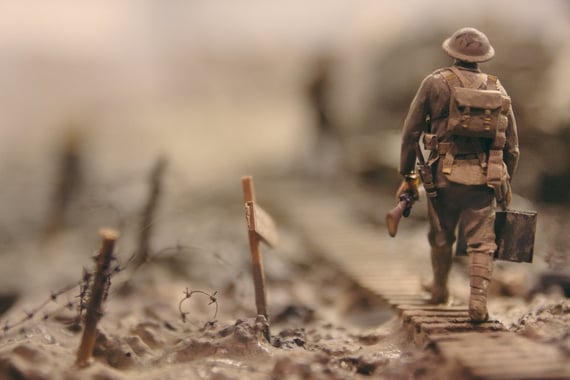 What happened?  The Maginot Line was built as a modern defensive bulwark against invasion putting to use all that France had learned in World War I.  Unfortunately for them Germany fought a new, and different, war using tanks and airplanes and their Blitzkrieg swept the Third Republic into history.  There is an object lesson in here for insurance companies…

I had dinner with the president of one of the nation’s largest carrier’s personal lines business about a year and a half ago.  He was concerned about the rise of digital insurance companies.  His own business has tens of thousands of smart people saddled with hundreds of legacy systems.  Their “state of the art” has placed them in the front rank of insurance companies for a long time but he knows the next war will be fought differently.

At that time this gentleman was in a small minority of insurance company executives who saw the coming battlefield accurately.  While still in the minority, many of his peers are awakening to their peril.  According to a recent article in “Digital Insurance”, available here:  https://www.dig-in.com/news/two-in-five-insurers-expect-major-turnover-in-the-industry, two in five insurance company leaders recently surveyed “foresee a major turnover at the top of the industry”.  Over a third think that we’ll see “substantially new companies” and 44% say “current players will have to adapt or die”.

Since my dinner with the president I’ve seen several of the country’s largest carriers announce new venture capital arms created to attempt to marry newly created technology to their millions of years of human experience.  That’s progress in the right direction.  But I’ve also heard several senior executives elatedly discussing the decline in venture capital investment in insuretech over the last twelve months.  I’m nick naming these folks Andre' Maginot after the architect of France’s disaster.

For agency owners who plan to survive and thrive in the future understanding what your allies are thinking and doing is critical.  Now is the time to align with carriers who, while they may not see the future clearly, understand that the battlefield is going to change and are on the cutting edge in getting ready for it.  If the “Digital Insurance” article is to be believed many insurance carriers won’t be here in “five to 10 years”.  It’s incumbent on the agency owner to ask his partner carriers hard questions and be prepared to align his business with those who are working to build the future, not defend the past.

How Much Should You Pay?

I’ve had two experiences in the last week regarding our economy and business climate that I think...