In 1939, Nazi Germany annexed Czechoslovakia. Then they invaded and overran Poland. The invasion of Poland caused Great Britain and other European powers including France to declare war against Germany. Then nothing much happened. In fact, there was an eight-month period during which there was almost no violence, and no battles. This period of time became known as the Phony War. 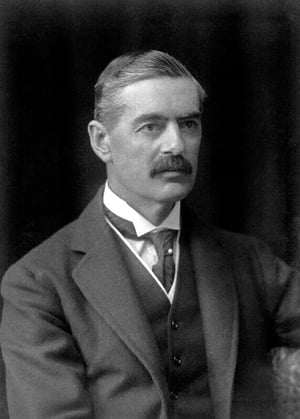 I believe that as we begin to recover from the first wave of Coronavirus in the United States, and people anxiously return, not only to work but to recreation out of their houses. It seems almost as if Coronavirus isn't really here. The urgency of figuring out how to survive and how to avoid getting sick seems to have diminished for many people. And with unemployment insurance and payroll protection loans, providing a level of unemployment, a level of employment, that would otherwise not be there. Many people are not experiencing personal income disruption.

All of this means that as hysterical as the media stories are about the economy, many people aren't feeling it. Even though there is much discussion about a second wave of Corona coming in a few months. That isn't happening now. This period that we are currently in is just like the Phony War of 1939 in 1940.

We are at war. We do have an enemy, but for many of us, there are no current direct consequences. That seems to me to be especially true for insurance agencies, many of which are experiencing business as normal currently.

The question is, I'll be ready in a Phony War. War is this the way it's always going to be. I think it's a Phony War. I think that because the United States economy is driven primarily by consumer confidence, which results in consumer spending for consumers to spend money and feel confident, they need to be employed.

While unemployment rates are currently high in historical norms at about 17%, they are getting ready to go much higher. Unless the Federal Government issues a new round of payroll Protection Plan loans, many businesses who have kept people employed will be laying them off.

Beginning in the next few weeks, as the courthouses open back up, we're also going to see a wave of bankruptcy filings. Right now, that wave is but a trickle, but it will be growing very rapidly.

Over the next several weeks, these two facts are going to depress consumer confidence. They will also be depressing consumers’ capability to spend money. That in turn will have an increasingly negative impact on economic activity.

Like the tip of a whip…When it's cracked insurance agencies will be among the last businesses to feel it. But it may potentially be dramatic as the economy worsens in the third quarter and subsequent quarters. Personal lines consumers will do everything they can to reduce their personal expenditures including allowing policies to cancel or lapse. They'll reduce coverages. They will shop their insurance very aggressively to the detriment of agents who are not prepared in commercial insurance businesses will either go out of business. Eliminating their premiums in commissions to agents, or they will be renewing them on a much lower exposure basis, which will mean lower premiums and commissions for agents.

At the same time, carriers will be giving businesses back premium on last year's policies when the audits are done. Agents will be giving commissions back to the carriers. The phony war will be over, knowing that this is coming. Now is the time for agency owners to get a very clear handle on their business’s exposures and risks of this war against COVID-19.

Now is the time to quantify the threats. To assess the weaknesses that the agency has in confronting the results. The economic results of COVID-19. It's also the time to realize is that in every crisis, there are always opportunities, what are the opportunities that your agency can take advantage of.

We are only three months into what looks like a war that is going to last at least several years. It is not too late to prepare for the consequences that are literally going to affect everyone, economically, including your business to colleagues and I have written a book, COVID proof your agency, which has a number of things in it, that will be useful to any agency, as they prepare, including detailed information about how to conduct a SWOT analysis, and some tools to use in doing that. You can download your copy of the book for free at COVIDproofyouragency.com.

Members of One Agents Alliance have resource quarterbacks known as Agency Growth Coaches who also have a number of resources available to them to assist agents in preparing to not only survive, the real war but to thrive in it. If you're not a member but would like to have access to some of that thinking in those resources, please click this button. And we'll make sure you get them.

Great Britain's determination to survive the Nazi aggression, was the key to the world's ultimate victory against evil in World War II. The Phony War gave Britain the opportunity to prepare for the difficult years. They would face ahead without the Phony War, it is unlikely that they would have survived. We're in the Phony War against COVID-19. It's an opportunity to use this time wisely, to prepare for what is coming.

What Are Your Biggest Opportunities?

Pillar: How COVID19 Is Going to Shape the Future

Contents Causes So, What Next? Cut Expenses   While independent insurance agencies have fared well...