This is, without a doubt, the strangest economy I’ve ever experienced.  We are clearly in an “instant” recession that dawned overnight and continues into the fourth quarter.  All the stats are bad except two, which are fascinating – the stock market is roaring and home sales are booming.  Weird. 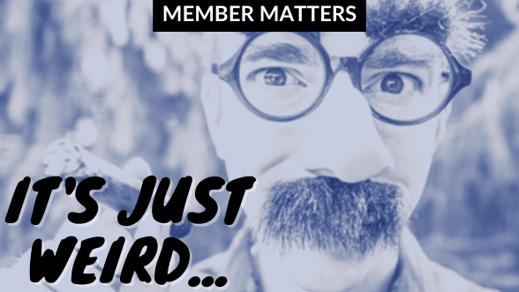 Add to that, people’s reactions are weird.  Usually in a recession, people are somewhat pessimistic.

Humans also tend to think that what is happening to them right now will continue, so usually in a recession it’s hard to find optimism.

The consumer confidence rate doesn’t reflect this, with confidence higher than anticipated in the third quarter.

And people in general seem to think the economy will be bouncing right back in 2021.

In recessions, people like to cut expenses.  This one is no different, as people are sensitive to business and personal income losses and security.  In such an environment it is difficult to be the bearer of price increases.

Yet, due to a hardening commercial lines market and continuing auto rate increases by some carriers, that is the position we as agents find ourselves in.

I’ve written to you about the hardening market a number of months ago with strategies for coping.  One of those is to be out front with the bad news early, before renewal time, so the client knows what to expect.  That’s what I’ve been doing with virtually 100% success in getting trouble-free renewals done, despite double-digit price increases.  Still, with early warnings and long-time relationships, it’s been awfully easy.  Weird.

I like hard markets!  Even if they come with a recession.

Baron Rothschild, the British nobleman and banker, famously said “buy when there is blood in the streets” which I take to mean “take advantage of opportunity”.

Hard markets are the best opportunity for agents to grow their books of business.  Plus, if you do a good job of protecting your renewals with early warning and aggressive remarketing, you’re virtually guaranteed a commission increase.

The weird thing about this hard market is that the hunkering-down mentality that some agents are taking means they aren’t being aggressive in protecting their renewals.  This is a big risk for them, but one ambitious agents can leverage.  Multiplying that opportunity, aggressive agents are uniformly reporting that it’s easier to see or talk to prospects than ever before.

That’s likely due to their having more disposable time, in addition to the economic threats and price increases.  Once again, it means a huge opportunity to grow your book.

The Opportunities in our Current Economy

Look for the hard commercial auto market, property market, and general liability market to continue into 2021.

Expect continued price volatility in personal auto as carriers react to loss rates in 2020, fundamental weaknesses in their books, and desire to hold market share.

It’s a great time to be soliciting new business while playing aggressive defense.

That’s because we’ve negotiated amazing deals with several SPCs.  We’re helping OAA members move millions of dollars in business at incredible compensation rates while they are locking in clients by doing what independent agents do best – offer choices while building relationships.

It’s a weird time we’re living in.  There are lots of reasons for that even beyond those I’ve mentioned.  But it’s also a time of amazing opportunity.

This video and blog is part of my ongoing series covering business ownership, entrepreneurship, human resources and leadership. If you’ve ever been curious on what it takes to be ...
entrepreneurship

Cold Hard Facts: The Truth About Starting a Business

This vlog and blog is another entry in my series about entrepreneurship, leadership and how it can apply to individuals wanting to start or continue propagating their own ...