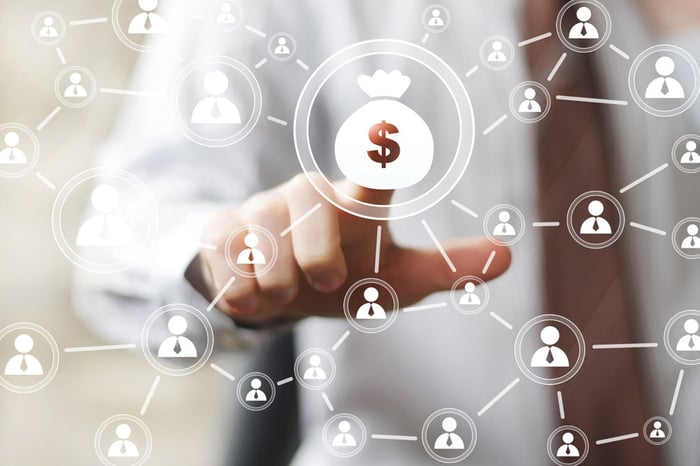 I recently wrote about some of the business lessons my father taught me.  One of the other simple, yet profound, was about the power of compound interest.  You’ve probably considered what happens to a dollar invested, at even a low rate of interest, over a long time.  It eventually skyrockets in value, right?

I’ve been thinking about this phenomenon differently the last few years since meeting serial entrepreneur and author Peter Diamandis who wrote “Abundance: The Future is Better than you Think.”  Peter talks about the growth of technology and business by saying that, “growth is deceptive until it’s disruptive.”  That’s another way of looking at small beginnings that eventually, through compounding, become exponential.

This happens in organizations of all sizes, the results are just more dramatic with an entity like Amazon than they are in a relatively smaller, local, business like many of us operate.  However, even though the numbers may be smaller than the relatively few giants, the results for owners, team members and customers can be no less profound.

For example, my company, OAA, has been growing between 10 and 20 percent, annually, for the last five years.  At first, this growth was encouraging to us, but the numbers were small.  We are now at a point in the growth curve where we have “hockey-sticked.“ Compounding of results has meant that the number of agencies we serve, our premium volume and other measures of size have begun to increase in absolute numbers more rapidly year by year.

This happens to many small businesses at some point in their development.  The question is how to sustain it?

Most business people kill their growth just about the time it takes off.  How else can you explain rapidly growing companies that suddenly plateau?

I think the reason that this occurs is excess profit taking.  By this I mean that, all of sudden, there is more money than costs for the first time, or that excess cash flow suddenly increases.  Owners and investors are sorely tempted to use it to make up for the personal sacrifices they’ve made during the development period.  The result is the end of rapid growth and the “hockey stick” looks more like a flag.  The apex is reached and now the game is holding on instead of growing.

The exciting thing about the “hockey stick” phase is that formerly unbelievable opportunity comes within reach.  But the entrepreneur must be willing to continue to take risk and reinvest cash flow.  It will not happen otherwise.  Dad taught me that, “if you can avoid increasing your lifestyle as you create more income, the power of compound interest will take you to amazing places.”

We’re committed to growth, and the never-ending reinvestment that requires.  What about you?

Surviving in an Ocean of Competition