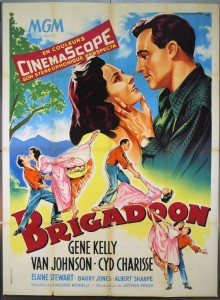 One year during high school the drama department put on the Broadway show “Brigadoon” about a town that only came alive every 100 years.  The rest of the time the town, and all its people, slept peacefully.

Can you imagine waking up after 100 years of sleep?  Wow, how the world would be changed!  While the play is a fantasy, the world we live in is speeding up, and changing dramatically.  What took 100 years in the past may take only months today.

Today computing power and data analytics is driving change at a tremendous rate.  This change is not just in terms of capability but also behavior.  Progressive Insurance is now offering (and many other companies are jumping in) devices which constantly monitor a driver’s behavior and reward those who don’t brake sharply and stay off the roads at night with discounts of as much as 30%.  The demand for Progressive’s program grew by 28% in the last year and now accounts for over $2 billion in premiums according to an article earlier this year in the “Economist” magazine.

The same Economist article noted that these kinds of capability have the potential to drive down the cost of loss by as much as $109 billion dollars a year.  In simple terms what this means to agents is a dramatically shrunken market.  After all, commissions are based on premiums, which in turn are based on losses.  Lower losses equate to lower commissions for agents.

At the same time technology is allowing consumers to shop more effectively and efficiently online for lower prices and allowing large online vendors like Google and Amazon to get into the insurance agency business.  This is shrinking the number of customers for local agencies.

The second threat has received a lot of attention but the first (reduced risk = reduced premiums = reduced commission) has been virtually ignored.  In combination the pose a very serious risk to the agency business which, like Brigadoon, hasn’t really changed much in 100 years.

Vertafore, the agency management system company, published their second annual survey of agent’s views on competition and the future recently.  One highlight of that survey is the dramatically increased “pessimism” of medium sized and larger insurance agencies regarding the future.  Interestingly, the attitudes of smaller agencies (those under $1 million dollars of revenue) remained unchanged.  I call this the Brigadoon effect.  Small agents have not yet awoken to the changes taking place in our business.  They are, effectively, asleep!

What about you?  Do you recognize the fundamental and dramatic shift in the insurance business being driven by technology?  Do you see how technology is lowering risk (therefore commissions ultimately) while at the same time introducing new, incredibly efficient competitors?  Are you awake and adapting or sleeping peacefully in Brigadoon?

Surviving in an Ocean of Competition