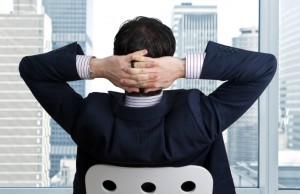 Posted on November 16, 2015 by Roger Sitkins in Semi-Successful Trap

“What makes so many independent insurance agencies slow down?” Based on my years of experience and observation, I’ve come up with the primary factors that cause agency growth to slow to a crawl.

Companies may find themselves in the semi-successful trap when they exceed their own expectations. This can happen, for example, when an agency grows larger than projected, has better automation than the owners ever thought they’d have, represents an abundance of carriers and/or has more employees than anticipated. The agency may be successful, but if it’s not in the top 1% or 2% of agencies in its marketplace, it doesn’t have financial freedom. If the agency overall doesn’t have financial freedom, neither does anyone associated with it, whether they’re a receptionist or the CEO. They may all be making good money — but not great money — so they’re semi-successful.

Furthermore, the owner(s) may not be investing back in their own company. So at the end of the day, not only are they NOT growing, they’re not improving profitability and they’re not increasing compensation at the level they should. They’re caught in a trap.

Past Greater than Future

I once heard that when your past is greater than your future, you’re in trouble! You see this in a lot of former professional athletes reminiscing about their golden years on the field or court. That’s all they seem to talk about — their past. The same is true with agencies. The ones that slow down tend to revel in their history more than their present. Too much time is spent reflecting on the “good old days” when there was a lot less competition and a lot more opportunity to make a great amount of money. They’re so busy living in the past that they can’t grow.

Conversely, the agencies that are growing have a future that’s greater than their past. Their entire staff is always looking forward, eagerly anticipating what lies ahead.

Lack of Commitment to Grow

Another reason why agencies slow down one is that the owners accept it as a normal part of being in business. There’s not a real commitment to grow. In many cases, growth has occurred over the years simply because the agency was there. In other cases, the agency has purchased its growth through acquisitions.

Next Week: Not Investing In The Agency

Why Agencies Slow Down - Part Two

Why Agencies Slow Down – Part Two Posted on November 9, 2015 by Roger Sitkins in Aging Workforce

Why Agencies Slow Down – Part Four