While flying to Canada with a friend recently, he told me about reading a study that showed that creating locked cockpit doors on airliners after 9/11 hadn't worked out the way virtually everyone thought it would. 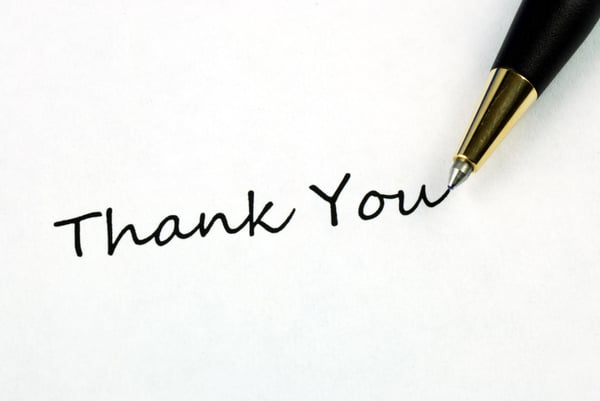 As you will remember the 9/11 hijackers were able to commandeer several airliners by killing the aircrews and flying or attempting to fly them into buildings. An entirely logical response to this was to create locked cockpit doors so that hijackers could no longer do that, right?

Well, it seems that more people have now died as a result of aircraft accidents from locked cockpit doors than have died from terrorist acts. At least in the planes themselves.

Apparently, what's happened is that mentally disturbed pilots have been able to fly the planes into the ground (or water), killing all aboard with no way to stop them. Tragic unintended consequences.

Several years ago, I decided that I had never adequately thanked my insurance clients for putting their trust in me. Of course, I regularly thanked them for their business. That's a matter of basic politeness. I thought to myself that my clients had given me an enormous gift, the gift of trust. After all, my professional work and how well I did it would determine whether their dreams were assured when disaster struck or became nightmares.

I decided that ordinary a thank you just wasn't adequate to recognize that trust. Besides, I had never told any of these people what that trust had meant in my life, my families, and my team member's lives. This trust is, after all, what makes everything possible for us. So, I resolved to go and spend an hour with each client just saying thank you.

It' not easy to spend an hour with someone on such a simple subject! You must dig deep, become vulnerable and focus on the other person exclusively, but I went out and tried to do that. It led to amazing conversations, increased customer relationships, and a few close friendships. All these things could easily be expected consequences, but my business also doubled in the next two years. That was an unintended, and unexpected, consequence!

Life is full of unintended consequences. But, if we focus on trying to do the right things and perhaps even doing the extraordinary things, the world has a way of saying thank you in turn.

I live and do business in Tornado Alley and storms happen so often they almost seem like background...