The Importance of Firing 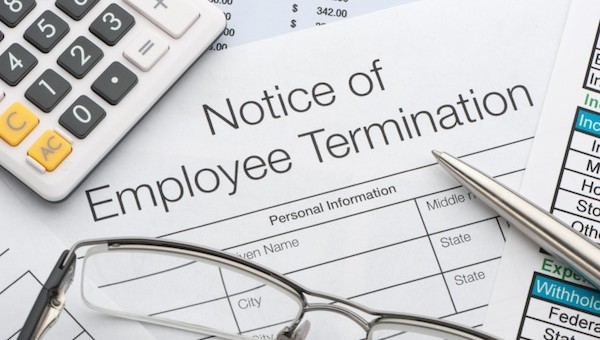 I’m reluctant to write about the topic of terminating someone’s employment involuntarily because it is fraught with emotion, misunderstanding and legal liability.  Yet I have been thinking about something I read recently on the subject and want to explore it.

In a recent blog Steve Adams, creator of the Dilbert cartoon, quotes well known venture capitalist Naval Ravikant as saying “the secret to business success does NOT necessarily involve hiring the right people.  We just think it does.  The real secret to success is firing the people that you discover to be the wrong fit until you END UP with the right people…. But a good leader knows which employees to fire and does it quickly and humanely.”

This is as insightful as anything I’ve read in a long time.

Anyone who has been in business very long has likely faced the necessity to fire an employee.  It is never pleasant and is one of the things that I think just about any decent person would not want to do without necessity.  After all, when you fire someone you are making a very serious, usually negative (at least temporarily) impact on their life.  And there are real risks if it isn’t done properly.

Because of this, my experience tells me that many business owners delay, avoid or deliberately refuse to dismiss employees who don’t fit in their business.  Clearly this only exacerbates whatever problems exist when you know you need to terminate someone and rarely, if ever, improves to a satisfactory point.

Since reading Ravikant’s comment I’ve been surprised how many conversations I’ve had with business leaders about their need to let someone go.  Perhaps it’s just coincidence or maybe it’s like learning a new word and I’m just seeing conversations I’ve always had in a new light.  But it’s clearly an issue that needs more discussion and thought.

As I’ve reflected on my own experience I can’t think of a single example of someone who I thought needed to go who either didn’t ultimately go on their own or that I had to fire.  And in my reflection I have realized that each time I have delayed, for whatever reason, the business (and sometimes me personally) have paid a price that wasn’t worth it.

So, I think Ravikant is right.  While it’s important to get the right people on your team it’s critical to get the wrong people off.  The sooner the better.  For everyone’s benefit.  And this last statement is important.  I think it’s part of what Ravikant means by “humane”.  Sometimes employees that need to go are troublemakers or cancerous.  But often they just aren’t cut out for the position you have them in.  When you let them go you are freeing them up to go somewhere where they will be more productive, useful and perhaps content.  Regardless, as he says, it’s the leader’s job to do what is necessary.