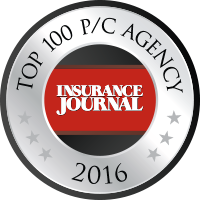 The “Insurance Journal” publishes a list of the “Top 100 Independent Property and Casualty Agencies” each year in its August issue.  For the last several years, they have also published a separate list of the “Top 20 Agency Partnerships.”  For many years, they included OAA and SIAA in the first list before creating the second.  If we place OAA into the list of the largest P&C agencies in the country, where would we stand together?

If we joined the ranks of the biggest based solely on commission OAA would rank 100th.  If we measure as they do based on total revenue, we would rank 90th.  Based on premium volume, we would be 75th.  When SIAA is measured collectively, we rank third in commission and approximately 8th in total revenue.  On a premium size basis, we would be 2nd.  Oh, and if you just look at SIAA compared to other “partnerships,” we are twice the size of the nearest competitor and dwarf virtually everyone else.

Why does this matter?

It matters because size and organic growth matter to our insurance company partners.  The future belongs to those who can scale revenue creation and growth.  This is very clear in every conversation we have with insurance company executives at every level.  And it is clear from the increasing disparity in what large agents get paid and their market access.

Although we aren’t the largest.  Yet.  We are the fastest growing of the large producers of insurance, and this is incredibly valuable as well.  We are growing at roughly five times the industry average organically.  And most of the large agency members of the Top 100 are actually only growing through acquisition.

This means our size is more important to carriers as we move into the future than ever before.

This size not only creates unparalleled market access it is increasingly creating a divergence in what agents are paid.  That is why there is a mad scramble among the biggest to get bigger.   We will continue to grow, too, but we will do it through organic growth.

We represent the largest relationships that many of our Strategic Partners have. This is important not only for increased income opportunities but also for stability as we move into a new, exciting but uncharted future. It is also increasingly important that we focus on maintaining the size of those relationships and that is yet another reason why placing business with our SPC’s is so important.

Congratulations to all of us on where we stand in our industry!  Let’s keep moving up!

I was once asked by a floundering insurance agency owner how he could grow his agency from where it...