The Basis of Your Agency’s Value 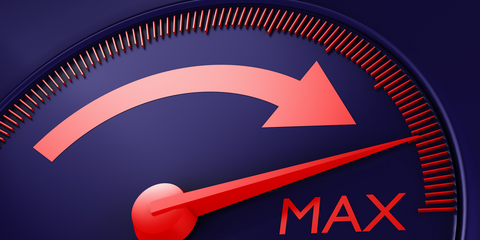 I recently had a very interesting conversation with an agency owner about his agency and what its market value is.  This agency owner is a very bright guy but had never given much thought to the subject.  When I asked what he thought his agency was worth, he told me 1.5 times commission.  So far, so good.

My friend was repeating an often used “rule of thumb.”  The problem with valuing anything on the basis of gross income is that it’s not a very accurate method.  It fails to account for the expected return on investment of a potential purchaser.

What do I mean?

If insurance agencies were expected to generate a 5% return to their owners, how much would a rational person pay for the two agencies in my example?  Of course, they would pay $4 million for the first one but only $1 million for the second one.

So, as you can see the profit that an agency generates is the rational basis for determining value and the worth of the agency is based on this.  So, profit matters.  A lot.

The problem is that owners tend to pay themselves bigger and bigger salaries, or high commission rates, as their agencies grow and they tend to keep profits low.  This is clearly a mistake when it comes time to sell!  The better way to build value, while maintaining income is to pay yourself a smaller salary and take a distribution of profits.  Your cash flow is the same, as is your tax bill, but your agency value and your net worth are much larger.

Agencies today tend to actually sell for somewhere between an 8% return and a 12.5% return.  So, my friend’s agency isn’t really worth $1.5 million dollars on a $1-million-dollar commission income.  It is worth some multiple of its profits that generate an 8-12.5% return.  So, if he pays himself a $150,000 salary and has a profit of $50,000, then his agency is worth $400,000.  But, if he pays himself a $50,000 salary and takes a $100,000 distribution, his agency would be worth an additional $800,000 or $1.2 million.  Now, if he really works on maximizing his profits and equals the most profitable agencies who generate about 25% profit, his agency could be worth as much as $2 million dollars!  That’s far more accurate and far more profitable than the old 1.5 times commission, isn’t it?  It’s also far more realistic.

If you want to maximize your agency’s value and the quality of your retirement for that matter, focusing on building agency profitability is critically important!